The History And Future Of Tattoo Conventions 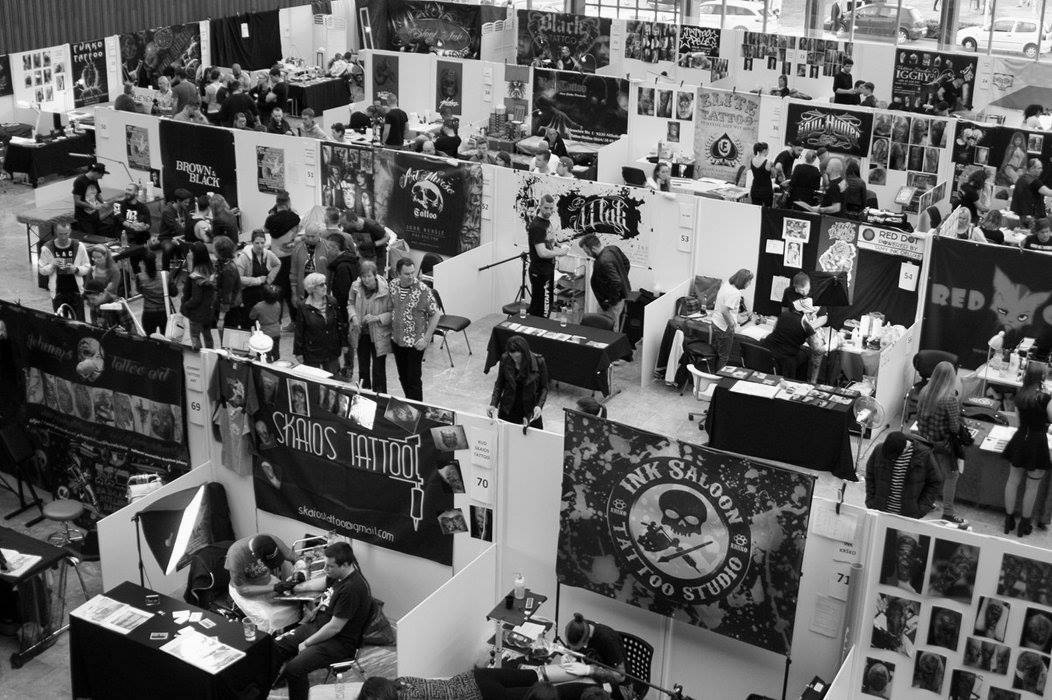 Two years have passed since the COVID-19 Pandemic of 2020 spread worldwide, affecting everyone and everything. As a result, the tattoo industry has been completely shaken to its very core. Artists, shop owners, and conventions are all feeling the consequences of this industry-halting crisis. Tattoo conventions around the world were canceled or postponed due to social distancing, mandated isolation, restrictions on public gatherings, canceled flights, and other restrictions.

Tattoo conventions are events that allow hundreds of tattoo artists, amateurs, collectors, vendors, and anyone who wishes to see the world of tattooing up close, to participate in two to three days of live tattooing. They occur throughout the world and many of your favorite artists attend specific conventions every year. Tattoo conventions are one-way tattoo artists get together to exchange their tattoo interests, techniques, and ideas. Also, they provide tattoo enthusiasts with the opportunity to see a variety of tattooing styles and designs firsthand and get introduced to the tattooists who created them.

In tattoo conventions contests are held. The most popular contests are’ Best Tattoo of the Day’ and ‘Best Tattoo of the Show’. These contests are judged only with tattoos completed at the convention, with the judging often becoming extremely competitive. Almost all conventions feature some type of entertainment during exhibitions. Many popular acts include fire dancing, live music, and burlesque performances and other events that may be included are workshops, meetings, and other social events.

Tattoo conventions are the ideal events for both artists and clients. Clients could have access to talented artists from around the world and get tattooed by their favorite artists while artists get to interact with other people in their industry which in some cases can lead to lifetime collaborations. Tattoo conventions are very similar to an artist home shop because they are filled with thousands of people walking around and hundreds of artists working side-by-side

After the Vietnam war, tattooing reached its peak of popularity in the 1970s and tattoo conventions exploded. Tattoo artists all over the country were suddenly meeting to share ideas and techniques. Sailor Jerry, Don Nolan, and Norman Sailor Dan Keith held tattoo contests at these conventions, and tattoo enthusiasts like Jack Rudy served as judges.

The first tattoo convention took place in Houston, Texas, on January 24th and 25th, 1976, and was hosted by tattoo artists Lyle Tuttle and Dave Yurkew. This first convention brought together sailors, misfits, hippies, and bikers from all around the world and served as a meeting place for artists and outcasts alike, as a place for them to be seen, acknowledged, respected, appreciated, and to learn from other artist’s work. It was the birth of our collective tattoo culture with other styles and customs branching off of them. Lyle Tuttle himself was quoted as saying that this was, "The event that changed tattooing forever.”

Shortly after Lyle Tuttle’s first convention, conventions began popping up all over the world in countries such as Germany and Spain. Tattooing has gained increasing public acceptance in the two decades since 1976 after the first convention was held. They became a staple of the tattoo industry with more tattoo conventions happening around the world than ever before. In January 1996, again, Lyle Tuttle and Dave Yurkew co-hosted the 20th anniversary of the First World Tattoo Convention, also in Houston, Texas, following up with the 40th anniversary in March 2016.

Much like today, many tattoo conventions throughout time have faced dreadful global epidemics as well. An AIDS epidemic in the 1980s led to a terrible and harmful stigma around the tattoo community. Many people felt that it was immoral for them to get tattoos because of how dirty needles can be. Many states and cities witnessed destructive views towards tattooing where approval of tattooing rapidly declined back then.

However, “According to the Centers for Disease Control and Prevention, the risk of infection (HIV) through tattooing is low to negligible, although it isn't impossible. There have been no reported cases where a patient has gotten HIV through a tattoo.” Just as this community has done time and time again and still does today, conventions adapted to the changing times. In this case, they became flexible and compliant with governmental regulations when needed to survive throughout time and to adapt in order to thrive.

The most recent crisis with COVID-19 has been no exception either but now, with vaccines being available in all countries, the world has begun to reopen with the addition of new regulations and precautionary measures, allowing the world to make larger steps towards returning to a sense of normalcy. Flights and public gatherings have been almost entirely restored and the use of social distancing, masks, and hand sanitizer has shifted from “immediate and required” to “strongly recommended”. These changes show that we as a world are moving back in the right direction. Reopening tattoo conventions has been no different; back now better than ever, but just with extra masks and sanitizers along the way.

This year, some tattoo conventions in some countries will be back to life. While Belgium will host a convention next month and Tempa, Florida will host one in March, the situation is still quite different for each country. Hopefully, in the future, tattoo conventions can celebrate an industry beginning to heal itself from an event thought to be unhealable. With the advanced and rapid improvements being implemented worldwide, the tattoo community is set to grow and develop in new, exciting ways.

Tattoo Removal Guide: 4 Ways to Say Goodbye to Your ink!